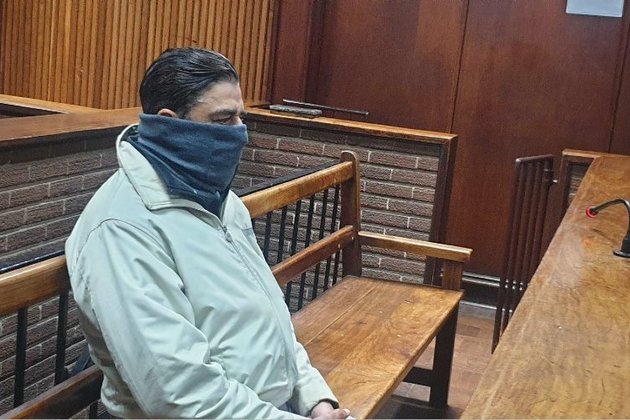 Former Transnet board member and an alleged Gupta associate Iqbal Sharma has been denied bail by the Bloemfontein Magistrate's Court.

Magistrate Estelle de Lange said after considering the case, she found there was a strong case against the accused.

She added there was a likelihood the accused would flee the country.

De Lange said Sharma did not have much money left in the country, and no amount of bail would secure his stay here.

Earlier, the State argued he had the "means and incentive" to flee the country should he be granted bail.

In support of the opposition of his bail application, the State filed an affidavit by Colonel Mandla Mtolo, the investigating officer in the case, who said Sharma was a flight risk.

The State argued he had the financial means to flee and support himself outside of South Africa.

"He has access to offshore assets running into hundreds of millions of rand that were transferred into his UAE company, Issar Global Limited, by transactions appearing to be money laundering transactions and that he has sought to conceal from the courts," the affidavit read.

The State also accused him of not being honest with the court.

READ | I have no association whatsoever with the Gupta family, Iqbal Sharma tells court

"His affidavit in support of his application for bail has been framed carefully to give the guise of an open and honest affidavit but, in fact, discloses only information which the NPA [National Prosecuting Authority] already knows or which the applicant assumes that the NPA already knows."

It added Sharma's affidavit "deliberately conceals from this court the fact that his UAE company, Issar Global, illegally received at least R264 459 241.05 between 22 August 2016 and 8 December 2016 in apparent money laundering payments from South Africa into an Issar Global bank account in the UAE."

The Stated said his affidavit was "crafted fraudulent" to convey to the court that the bulk of his estate was situated within South Africa, adding his South African estate probably comprised less than 10% of his offshore estate.

[Sharma's] likely flight destination would be the UAE. He has residence rights in the UAE and has made more than 100 flights to or from airports in the UAE since 2010. His former criminal associates, the Gupta brothers and Salim Essa, have far placed themselves beyond the reach of the South African criminal justice system by taking up residence in the UAE.

"Given the UAE authorities' lack of co-operation with previous requests for mutual legal assistance in investigations into members of the Gupta criminal enterprise living in their territory, it will be very difficult to extradite Sharma if he flees to the UAE, if he is offered bail."

Last week, Sharma was arrested on fraud and money laundering charges to the tune of R24 million - linked to the Estina dairy farm project.

He is among four people who were arrested in Johannesburg, Bloemfontein and Mpumalanga.

The former head of the Free State agriculture department, Peter Thabethe, who spent the weekend in police cells, was released on bail Monday. He was also granted R10 000 bail.

In its affidavit, the State said charges against Sharma carried a minimum sentence of 15 years, adding there was compelling evidence supporting the charges.

It added he faced the strong prospect of being convicted and sentenced.

"From his own affidavit, it seems that his only defence is that he was not the controlling mind of Nulane Investments at the relevant time. He was the sole director and shareholder of Nulane at all material times.

"He was the signatory on behalf of Nulane, who concluded the fraudulent sub-contracting agreement with the Gupta family enterprise, Gateway Limited, which provided a pretext for the monies to be paid to Nulane by the Free State government to be laundered onto Gateway.

"He was the signatory to the fraudulent letter to the Bank of Baroda, representing that the transaction between Nulane and Gateway was an arm's length transaction.

"That alone would give applicant 4 incentive to seek to avoid his trial ... the present charges are not only charges that [Sharma] is likely to face.

"[Sharma] is implicated in a range of other fraud and corrupt acts, which enabled the Gupta family criminal enterprise to extract corrupt payments of more than R7 billion from Transnet. So, [Sharma] is facing a series of additional convictions and sentences to a minimum term of imprisonment of 15 years."

The State said no bail amount was likely to act as a meaningful counterweight to incentivise him to remain in the country.

"[Sharma] has the financial means to flee and support himself outside the country. He has access to offshore assets running into hundreds of millions of rand that were transferred into his UAE company Issar Global Limited by transactions appearing to be money laundering transactions and that he has sought to conceal from the courts."