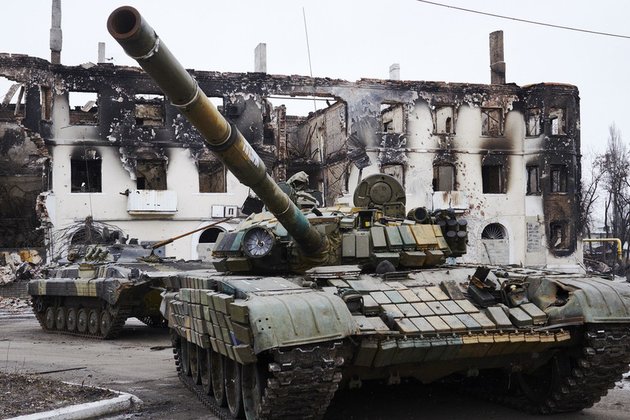 Ukrainian Foreign Minister Dmitry Kuleba has told Kiev's foreign backers at the World Economic Forum (WEF) in Davos that they should curb optimism about the situation on the ground in the east of the country.

"I don't want anyone to get the feeling that the war is more or less OK. The situation in Donbass is extremely bad," Kuleba insisted.

And things are going to get even worse if "we don't get MLRS ASAP," he added, referring to the US-made M270 MLRS system that can be used as both a multiple rocket launcher and a tactical missile launcher.

Without the MLRS systems, the Kiev government won't be able to retake Kherson, and control of the strategic city would allow Russia to threaten both central Ukraine and the south-western regions, where the port of Odessa is situated, he pointed out.

However, Kuleba said that "the situation with the deliveries of weapons [to Ukraine] is much better now, compared to a month ago." He added that Washington "deserves respect" because of this.

Ukrainian officials have been getting increasingly frustrated with the Biden administration's failure to supply Kiev with MLRS systems, Politico reported last week. Unnamed US officials told the outlet that the White House was dragging its feet over the potential shipment of the rocket launchers due to concerns it could be viewed as a further escalation by Russia. One of the sources told the outlet that Washington had to "make decisions about what weapons systems provide the biggest bang for the buck." Therefore, the US ruled that "it was more effective and efficient to send the 90 M777 [howitzers] because you can send more of them" for the same amount of money, compared to the MLRS.